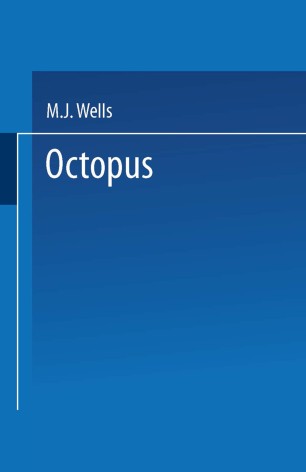 Physiology and Behaviour of an Advanced Invertebrate

between the organ systems of cephalopods and those of less ambitious molluscs. Octopus does, as we would predict, live close to the limits set by its own physiology. The circulation, to take one example, is barely adequate for such an active animal, mainly because of the absence of any system for pack­ aging the blood pigment; haemocyanin in solution is a poor oxygen carrier. Cephalopod blood can transport less than 5 millilitres of oxygen per 100 ml of blood (compared with about 15 vol% in fish) and the whole supercharged system of triple hearts, high blood pressure and pulsating blood vessels succeeds only in returning blood that retains less than 30% of its dissolved oxygen by the time it reaches the gills. This at rest; the effect of exercise is immediate and surprisingly long­ lasting even in octopuses as small as 300 g, which must very swiftly run into oxygen debt when they flee from predators or pursue their prey (Sections 3.2.2, 3.2.4). Digestion, too would seem to be limiting. As with other molluscs, digestion in Octopus is based on secretion­ absorption cycles by a massive diverticulum of the gut, an adequate system in a less hectic past, but scarcely appropriate in a predator that must be an opportunist in the matter of feeding. Octopus feeds mainly at night, and spends a great deal of every day sitting at home.