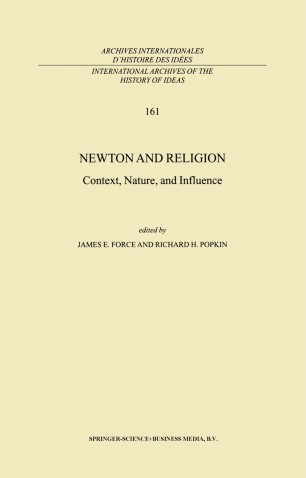 Over the past twenty-five years - since the very large collection of Newton's papers became available and began to be seriously examined - the beginnings of a new picture of Newton has emerged. This volume of essays builds upon the foundation of its authors in their previous works and extends and elaborates the emerging picture of the `new' Newton, the great synthesizer of science and religion as revealed in his intellectual context.