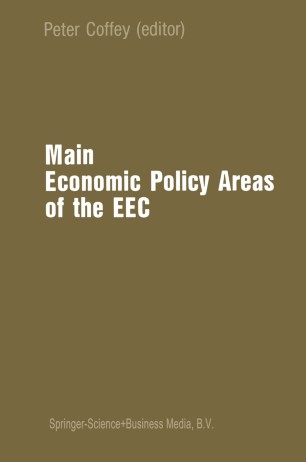 by Peter Coffey This is indeed a most opportune time for the publication of a serious, critical and independent study about the "Main Economic Policy Areas of the EEC". The European Economic Community is the world's most import­ ant commercial and trading bloc and its economic policies consequently have the most far-reaching implications for all countries in the world. The rest of the world is acutely conscious of the Community's trading policies. In turn, these policies (apart from those based on historical links - ante­ cedent to the EEC's formation) are strongly influenced by the internal economic policies of the Common Market - especially by the Common Agricultural Policy (CAP). At the present time, the Community finds itself, both in­ ternally and externally, at a crossroads. This crossroads takes the form of a choice between 'protectionism' or 'open­ ness'. Unfortunately, present evidence suggests that currently and in the immediately foreseeable future the former option has been chosen by the EEC.