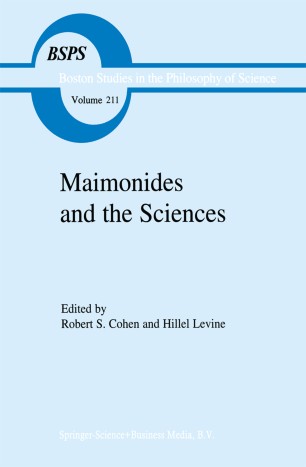 Maimonides and the Sciences

Part of the Boston Studies in the Philosophy of Science book series (BSPS, volume 211)

In this book, 11 leading scholars contribute to the understanding of the scientific and philosophical works of Moses Maimonides (1135-1204), the most luminous Jewish intellectual since Talmudic times. Deeply learned in mathematics, astronomy, astrology (which he strongly rejected), logic, philosophy, psychology, linguistics, and jurisprudence, and himself a practising physician, Maimonides flourished within the high Arabic culture of the 12th century, where he had momentous influence upon subsequent Jewish beliefs and behavior, upon ethical demands, and upon ritual traditions. For him, mastery of the sciences was indispensable in the process of religious fulfilment.