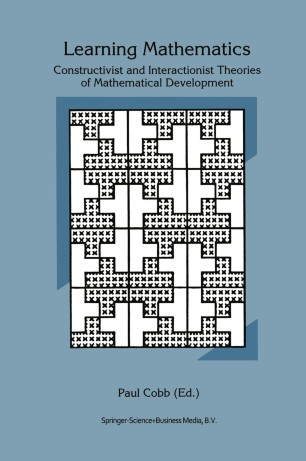 The first five contributions to this Special Issue on Theories of Mathematical Learning take a cognitive perspective whereas the sixth, that by Voigt, takes an interactionist perspective. The common theme that links the six articles is the focus on students' inferred experiences as the starting point in the theory-building process. This emphasis on the meanings that objects and events have for students within their experiential realities can be contrasted with approaches in which the goal is to specify cognitive behaviors that yield an input-output match with observed behavior. It is important to note that the term 'experience' as it is used in these articles is not restricted to physical or sensory-motor experience. A perusal of the first five articles indicates that it includes reflective experiences that involve reviewing prior activity and anticipating the results of potential activity. In addition, by emphasizing interaction and communication, Voigt's contribution reminds us that personal experiences do not arise in a vacuum but instead have a social aspect. In taking a cognitive perspective, the first five contributions analyze the pro­ cesses by which students conceptually reorganize their experiential realities and thus construct increasingly sophisticated mathematical ways of knowing. The conceptual constructions addressed by these theorists, ranging as they do from fractions to the Fundamental Theorem of Calculus, indicate that experiential approaches to mathematical cognition are viable at all levels of mathematical development. Although the authors use different theoretical constructs, several additional commonalities can be discerned in their work.