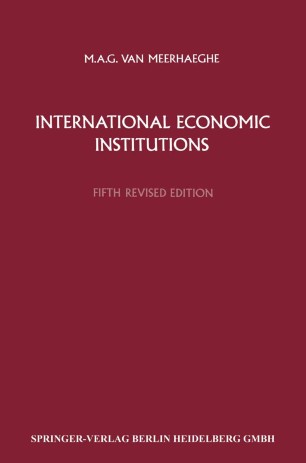 Der Worte sind genug gewechse/t, lasst mich auch endlich Taten sehn. J.W. GOETHE Since the International Monetary Fund (IMF) and the International Bank for Reconstruction and Development (IBRD), which are analysed in Part 1, are spe­ cialized agencies linked by special agreements with the United Nations, a few words about the UN and two of the other specialized agencies, the Food and Agriculture Organization and the International Labour Organization, are called for. This is followed by a short account of the Bank for International Settlements, which is also referred to in connection with the IMF and the IBRD. The rest of this introduction is devoted to some non-European attempts at economic integration (which have not yet been very successful) and to the regional development banks. 1. The United Nations (UN) The United Nations comprises 159 countries (September 1986) which have accepted the Charter of the United Nations, which was signed at San Francisco on 26 June 1945 by fifty-one states and came into force on 24 October 1945. The aims of the organization include the maintenance of peace and security, the promotion of better standards of living and the encouragement of economic and social progress for all nations by means of international cooperation. The principal organs of the UN are: The General Assembly The Security Council The Economic and Social Council (ECOSOC) The Trusteeship Council The International Court of Justice The Secretariat.