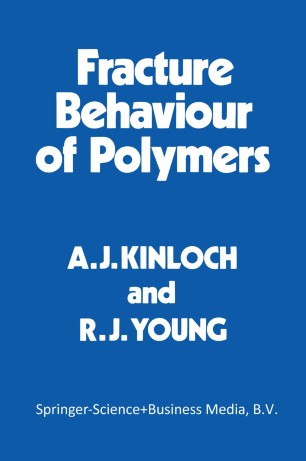 Over recent years there has been a tremendous upsurge in interest in the fracture behaviour of polymers. One reason for this is the increas­ ing use of polymers in structural engineering applications, since in such circumstances it is essential to have as complete an understanding as possible of the polymer's fracture behaviour. This book is designed to meet the requirements of those who need to be informed of the latest developments in the field of polymer fracture. It is written particularly for research workers but it should also prove invaluable for advanced students taking final-year undergraduate or postgraduate courses. The main emphasis is upon the use of fracture mechanics in the study of polymer fracture but this approach is then developed to cover the micromechanisms of the fracture process. Particular prominence is given to the relationship between structure, mechanical properties and the mechanics and mechanisms of fracture. The first chapter is a brief introduction which has several aims. One is to introduce polymers to the reader who does not have a strong background in the subject and another is to provide background material that will be used at later stages. The book is then split into two main parts: the first deals with the mechanics and mechanisms whilst the second is concerned with materials. In Part I phenomena such as molecular fracture, fracture mechanics, shear yielding and crazing are covered from a general viewpoint.