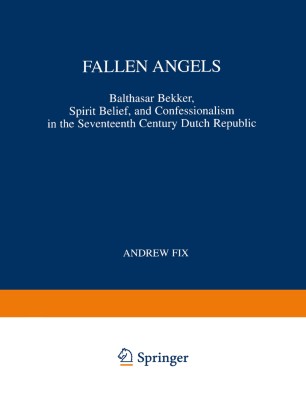 Dutch Reformed pastor Balthasar Bekker (1634-1698) has long been recognized as a key figure in the end of the witchcraft persecutions in early modern Europe. With the publication of his monumental four-volume work The World Bewitched Bekker argued against the temporal activity of the devil and evil spirits as well as against the reality of witchcraft, sorcery, and spirit possession. Yet Bekker's ideas drew opposition from Dutch Reformed clergymen who charged that his use of Cartesian philosophy to reject the temporal activity of spirits threatened much of traditional religious faith.
This book argues that it wa Bekker's exegesis of biblical passages in which spirits and spirit activity were mentioned that was a far greater threat than his Cartesian metaphysics to the literal interpretation of the Bible which was the intellectual cornerstone of Dutch reformed confessionalism, dominant in the church since the Synod of Dordrecht (1618-1619). With an examination of the ideas of Bekker, his opponents and supporters, this book places the controversy around The World Bewitched within the context of the Cartesian debates of the seventeenth century and the growth of confessionalism within the Dutch Reformed church.