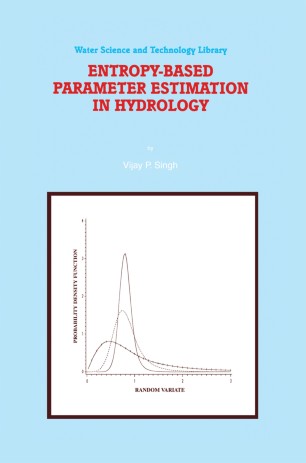 Since the pioneering work of Shannon in the late 1940's on the development of the theory of entropy and the landmark contributions of Jaynes a decade later leading to the development of the principle of maximum entropy (POME), the concept of entropy has been increasingly applied in a wide spectrum of areas, including chemistry, electronics and communications engineering, data acquisition and storage and retreival, data monitoring network design, ecology, economics, environmental engineering, earth sciences, fluid mechanics, genetics, geology, geomorphology, geophysics, geotechnical engineering, hydraulics, hydrology, image processing, management sciences, operations research, pattern recognition and identification, photogrammetry, psychology, physics and quantum mechanics, reliability analysis, reservoir engineering, statistical mechanics, thermodynamics, topology, transportation engineering, turbulence modeling, and so on. New areas finding application of entropy have since continued to unfold. The entropy concept is indeed versatile and its applicability widespread. In the area of hydrology and water resources, a range of applications of entropy have been reported during the past three decades or so. This book focuses on parameter estimation using entropy for a number of distributions frequently used in hydrology. In the entropy-based parameter estimation the distribution parameters are expressed in terms of the given information, called constraints. Thus, the method lends itself to a physical interpretation of the parameters. Because the information to be specified usually constitutes sufficient statistics for the distribution under consideration, the entropy method provides a quantitative way to express the information contained in the distribution.