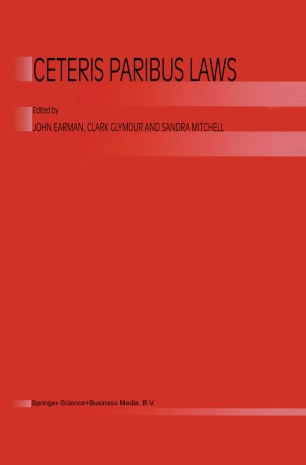 Natural and social sciences seem very often, though usually only implicitly, to hedge their laws by ceteris paribus clauses - a practice which is philosophically very hard to understand because such clauses seem to render the laws trivial and unfalsifiable. After early worries the issue is vigorously discussed in the philosophy of science and the philosophy of mind since ca. 15 years.
This volume collects the most prominent philosophers of science in the field and presents a lively, controversial, but well-integrated, highly original and up-to-date discussion of the issue. It will be the reference book in the coming years concerning ceteris paribus laws.