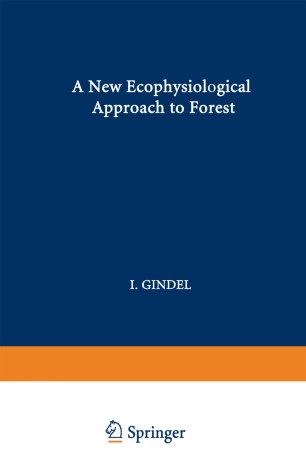 A New Ecophysiological Approach to Forest-Water Relationships in Arid Climates

A shortage of water exists, not only in the arid regions of the world, but even in some moderately humid climates. This situation is a consequence of water require­ ments for agriculture and industry in amounts greater than the natural surplus. Even in Europe there is increased anxiety over the state of water reserves, and shortages are forecast for the near future if industry continues to expand. During the past 50 years in the United States, water use has increased about twice as fast as the rate of population growth, and shortages have already appeared in some places. The need to conserve declining water resources which has become apparent over the last few decades has led several investigators to conclude that plants with a high rate of transpiration endanger water resources, and the growth of such plants must not be encouraged. Some think that trees withdraw more water from the soil than other plant species and evaporate it excessively through the stomata of leaves. THORNTHWAITE and HARE (1955) explained transpiration on the same thermo­ dynamic basis as evaporation, and calculated its rate, using DALTON'S law or modifications thereof. In spite ofthe many past and present investigations into the problems of transpiration, the biological aspects of this essential process is still poorly understood.