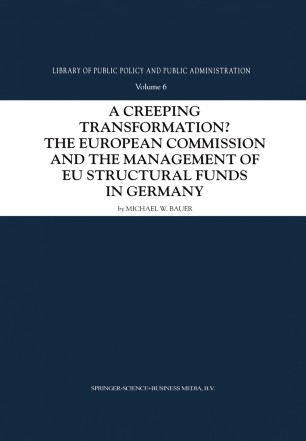 A Creeping Transformation? The European Commission and the Management of EU Structural Funds in Germany