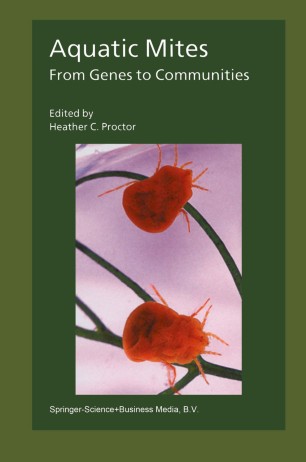 Aquatic Mites from Genes to Communities

Although the ancestral home of chelicerates was the sea, the vast majority of modern species live on land. Most students of spiders and mites also restrict themselves to terrestrial habitats. However, a surprising number of mites (Arachnida: Acari) have returned to a watery existence. Approximately 7000 species from the Mesostigmata, Astigmata, Oribatida, and especially the Prostigmata, now live in marine and freshwater habitats. In Aquatic Mites, a dozen chapters explore the distribution, ecology, behavior, genetics, and evolution of the most diverse of these astonishing arachnids. The results of these studies raise as many interesting questions as they answer, and should provoke more investigations of the biology of freshwater and marine Acari.