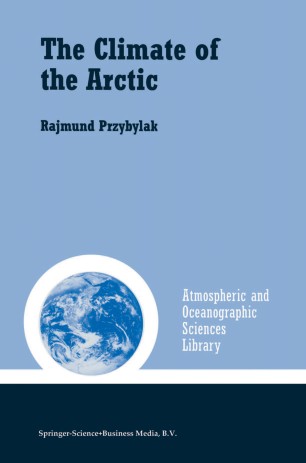 The Climate of the Arctic

th Towards the end of the 19 century some researchers put forward the hypothesis that the Polar regions may play the key role in the shaping of the global climate. This supposition found its full confirmation in empirical and th model research conducted in the 20 century, particularly in recent decades. The intensification of the global warming after about 1975 brought into focus the physical causes of this phenomenon. The first climatic models created at that time, and the analyses of long observation series consistently showed that the Polar regions are the most sensitive to climatic changes. This aroused the interest of numerous researchers, who thought that the examination of the proc­ esses taking place in these regions might help to determine the mechanisms responsible for the "working" of the global climatic system. To date, a great number of publications on this issue have been published. However, as a re­ view of the literature shows, there is not a single monograph which comprises the basic information concerning the current state of the Arctic climate. The last study to discuss the climate of the Arctic in any depth was published in 1970 (Climates a/the Polar Regions, vol. 14, ed. S. Orvig) by the World Survey of Climatology, edited by H. E. Landsberg. This publication, however, does not provide the full climatic picture of many meteorological elements.