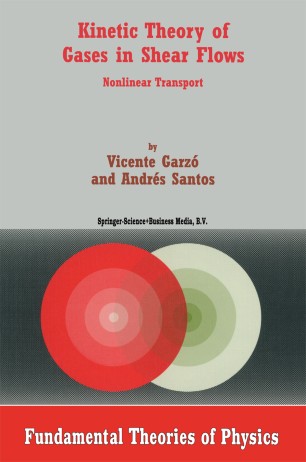 The kinetic theory of gases as we know it dates to the paper of Boltzmann in 1872. The justification and context of this equation has been clarified over the past half century to the extent that it comprises one of the most complete examples of many-body analyses exhibiting the contraction from a microscopic to a mesoscopic description. The primary result is that the Boltzmann equation applies to dilute gases with short ranged interatomic forces, on space and time scales large compared to the corresponding atomic scales. Otherwise, there is no a priori limitation on the state of the system. This means it should be applicable even to systems driven very far from its eqUilibrium state. However, in spite of the physical simplicity of the Boltzmann equation, its mathematical complexity has masked its content except for states near eqUilibrium. While the latter are very important and the Boltzmann equation has been a resounding success in this case, the full potential of the Boltzmann equation to describe more general nonequilibrium states remains unfulfilled. An important exception was a study by Ikenberry and Truesdell in 1956 for a gas of Maxwell molecules undergoing shear flow. They provided a formally exact solution to the moment hierarchy that is valid for arbitrarily large shear rates. It was the first example of a fundamental description of rheology far from eqUilibrium, albeit for an unrealistic system. With rare exceptions, significant progress on nonequilibrium states was made only 20-30 years later.