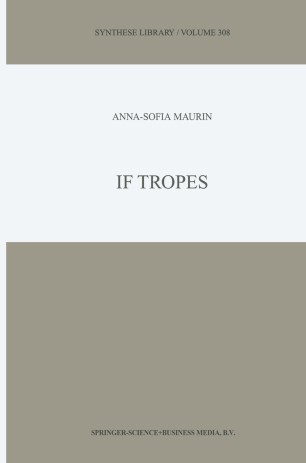 In the book If Tropes, the author attempts to approach and then deal with some of the most basic problems for a theory of tropes. The investigation proceeds from three basic assumptions: (i) tropes (i.e. particular properties) exist, (ii) only tropes exist (that is, tropes are the only basic or fundamental kind of entities), and (iii) the main-function for tropes is to serve as truth-makers for atomic propositions.

Provided that one accepts these assumptions the author finds that the trope-theorist will have to deal with two important matters. Some atomic propositions seem to require universal truth-makers and others seem to require concrete truth-makers. This means that universals and concrete particulars will need to be constructed from the material of tropes. Such constructions are attempted and it is argued that it is possible to deal at least with these basic issues while staying squarely within the boundaries of a purely trope-theoretical framework.

The book is written in an untechnical language but requires some prior understanding of basic metaphysics.