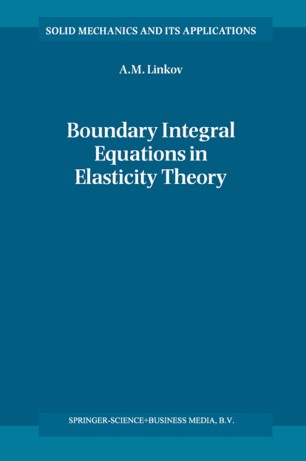 Part of the Solid Mechanics and Its Applications book series (SMIA, volume 99)

by the author to the English edition The book aims to present a powerful new tool of computational mechanics, complex variable boundary integral equations (CV-BIE). The book is conceived as a continuation of the classical monograph by N. I. Muskhelishvili into the computer era. Two years have passed since the Russian edition of the present book. We have seen growing interest in numerical simulation of media with internal structure, and have evidence of the potential of the new methods. The evidence was especially clear in problems relating to multiple grains, blocks, cracks, inclusions and voids. This prompted me, when preparing the English edition, to place more emphasis on such topics. The other change was inspired by Professor Graham Gladwell. It was he who urged me to abridge the chain of formulae and to increase the number of examples. Now the reader will find more examples showing the potential and advantages of the analysis. The first chapter of the book contains a simple exposition of the theory of real variable potentials, including the hypersingular potential and the hypersingular equations. This makes up for the absence of such exposition in current textbooks, and reveals important links between the real variable BIE and the complex variable counterparts. The chapter may also help readers who are learning or lecturing on the boundary element method.