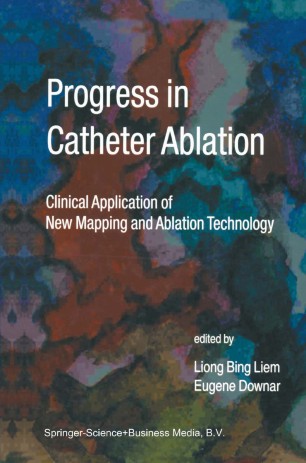 Catheter ablation is widely accepted as an effective and safe form of therapy for cardiac arrhythmia. In many instances this curative procedure is considered as the first line of therapy if not the ultimate treatment of choice. With the use of radiofrequency (RF) modality; which has revolutionized the technology from a barotraumatic, potentially injurious procedure using high­ voltage, direct-current (DC) shock to a safe and relatively painless one; catheter ablation procedure now carries a very low risk and is extremely effective for certain types of arrhythmia. Its efficacy rate in curing supraventricular tachycardia involving an accessory pathway or dual atrioventricular nodal pathways has been near perfect and its application for certain types of atrial and ventricular arrhythmia have also been very satisfactory. However, conventional RF ablation has several well known limitations, most notably is its ability to only produce relatively small, point lesions; rendering it effective only for an arrhythmia with a small and/or a superficial target. It was soon recognized that the technology would not likely to have significant utility in arrhythmia with a more widespread target such as atrial fibrillation or those which involve scarred and deep myocardial tissue such as ventricular tachycardia. Indeed, the application of conventional RF technology in these complex but common arrhythmia has yielded unsatisfactory results.