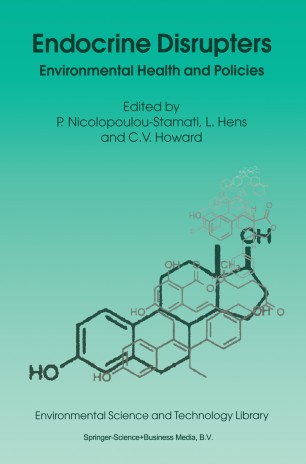 During recent decades, millions of tonnes of man-made chemicals have been produced and released into the environment, with very little safety testing. Many of these chemical substances have been found to interfere with the endocrine system and modulate its function. This book not only overviews the effects of endocrine/disrupting substances on human health, but also addresses the regulatory problems from the point of view of international organisations, including the WHO, the EU, and the European Chlorine Industry.
This volume contains the proceedings of a workshop held at the International Hippocrates Foundation on Kos Island, Greece, in September 1999. The workshop was part of the activities of the ASPIS project, which aims at raising awareness of environmental health impacts among multidisciplinary groups. The contributions to this volume are the result of the interaction of participants at the workshop. As such, it addresses the issue of endocrine disrupters from many different points of view and allows the subject to be approached by a multidisciplinary readership, including: decision makers, medical doctors, environmental experts, post/and undergraduate students, lawyers, engineers, and journalists.