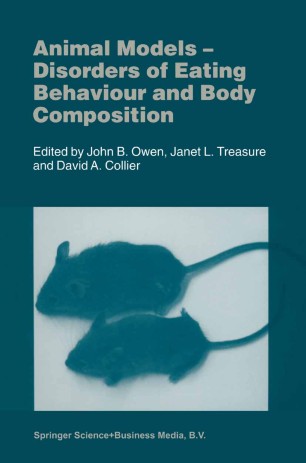 The book aims to review knowledge on the disorders of eating behaviour and body composition in some of the non-primate higher animals and to relate these to similar conditions in humans. With advances in understanding the nature of these disorders and their biological basis, it seems timely to assess what cross-species comparisons can tell us about the general underlying factors at work. This may also help to delineate what may be a general biological basis that humans share with their higher animal comrade species and what may distinguish human from non-human, particularly in a cultural context. This could help in combating better the problems of these conditions in the animal species as well as in man and in suggesting well-based preventive measures. As far as people are concerned the last two decades of the 20th century have shown a significant increase in obesity in the richer countries, particularly the USA (Table 1). Possibly associated with the obesity boom, there is an increasing awareness of other disorders of eating behaviour and body composition. These range from anorexia nervosa, at the other end of body composition to obesity, to others, such as bulimia, with more variable effects on body composition.