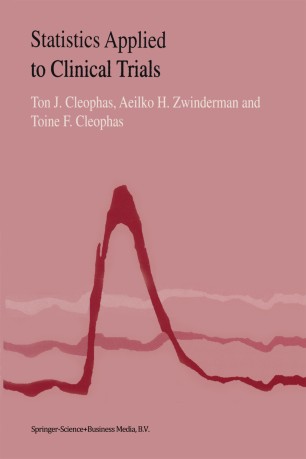 In 1948 the first randomized controlled trial was published by the English Medical Research Council in the British Medical Journal. Until then, observations had been uncontrolled. Initially, trials frequently did not confirm the hypotheses to be tested. This phenomenon was attributed to low sensitivity due to small samples, as well as inappropriate hypotheses based on biased prior trials. Additional flaws were recognized and, subsequently, were better accounted for: carryover effects due to insufficient washout from previous treatments, time effects due to external factors and the natural history of the condition under study, bias due to asymmetry between treatment groups, lack of sensitivity due to a negative correlation between treatment responses, and so on. Such flaws, mainly of a technical nature, have been largely corrected and led to trials after 1970 being of significantly higher quality.
The past decade has focused, in addition to technical aspects, on the need for circumspection in the planning and conducting of clinical trials. As a consequence, prior to approval, clinical trial protocols are now routinely scrutinized by different circumstantial organs, including ethics committees, institutional and federal review boards, national and international scientific organizations, and monitoring committees charged with conducting interim analyses.
This book not only explains classical statistical analyses of clinical trials, but also addresses relatively novel issues, including equivalence testing, interim analyses, sequential analyses, and meta-analyses, and provides a framework of the best statistical methods currently available for such purposes. This book is not only useful for investigators involved in the field of clinical trials, but also for all physicians who wish to better understand the data of trials as currently published.