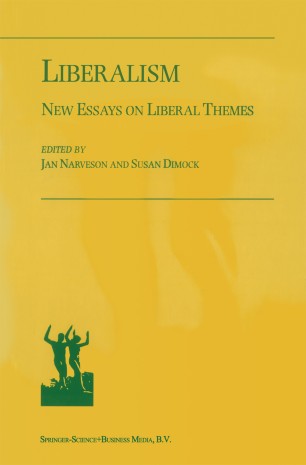 No theory is more passionately and widely defined, or decried, than is liberalism in contemporary Anglo-American philosophy. But what is this theory, on which so much ink is spilled? This collection of original essays by leading specialists in political philosophy, legal theory, and economics offers answers to that question, by exploring the theoretical commitments of liberals and some of the practical implications of their view. Among the topics explored is the distinction between liberalism and conservatism, and the degree to which liberals must be committed to neutrality, individualism, equality, freedom, and a contractarian theory of justification. The practical implications of liberalism are further examined by considerations of the proper role of the liberal state in undertaking egalitarian redistribution, the provision of public goods, and retributive punishment.
The papers assembled by Narveson and Dimock will be of benefit to anyone working in the areas of political philosophy, political theory, or political economics.