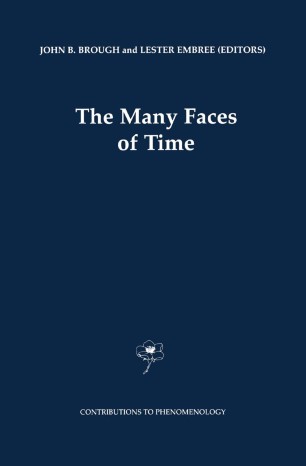 The Many Faces of Time

Part of the Contributions to Phenomenology book series (CTPH, volume 41)

Temporality has been a central issue in phenomenology since its inception. Husserl's groundbreaking investigations of the consciousness of internal time early in the century inaugurated a phenomenological tradition enriched by such figures as Martin Heidegger, Jean-Paul Sartre, Maurice Merleau-Ponty, and Eugen Fink. The authors of the essays collected in this volume continue that tradition, challenging, expanding, and deepening it. Many of the essays explore topics involving the deepest levels of temporal constitution, including the relationship of temporality to the self and to the world; the ways in which temporalizing consciousness and what it temporalizes present themselves; and the roles and nature of present, past, and future. Other essays develop original positions concerning history, tradition, narrative, the time of generations, the coherence of one's life, and the place of time in the visual arts. In every instance, the authors show how invaluable phenomenology is for the investigation of time's many faces.