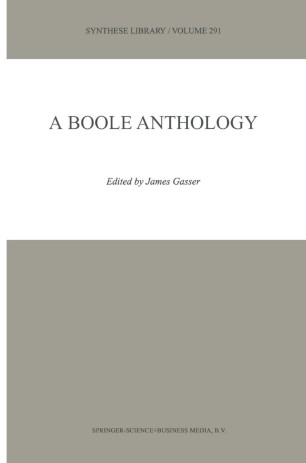 Recent and Classical Studies in the Logic of George Boole

Modern mathematical logic would not exist without the analytical tools first developed by George Boole in The Mathematical Analysis of Logic and The Laws of Thought. The influence of the Boolean school on the development of logic, always recognised but long underestimated, has recently become a major research topic. This collection is the first anthology of works on Boole. It contains two works published in 1865, the year of Boole's death, but never reprinted, as well as several classic studies of recent decades and ten original contributions appearing here for the first time. From the programme of the English Algebraic School to Boole's use of operator methods, from the problem of interpretability to that of psychologism, a full range of issues is covered. The Boole Anthology is indispensable to Boole studies and will remain so for years to come.