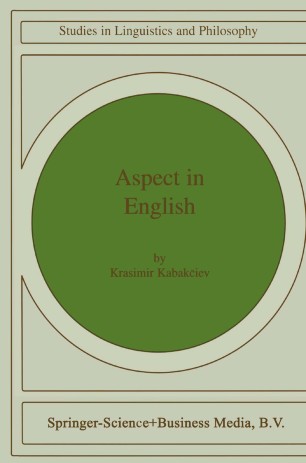 Part of the Studies in Linguistics and Philosophy book series (SLAP, volume 75)

Based on an earlier edition published in 1992 in Bulgarian, this book offers a specific approach to one of the most controversial problems in linguistics. According to it, aspect is the result of a subtle and complex interplay between the referents of verbs and nouns in the sentence. Special attention is paid to the role nouns and noun phrases play in the explication of aspect in English (and similar languages). The grammatical marking of aspect is shown to be a compensatory phenomenon imposed by language structure. Comparisons made using Slavic (mainly Bulgarian) data reveal that compositional aspect is a mirror image of verbal aspect. When explicated compositionally, aspect is also determined by pragmatic factors. Ultimately, it is part of man's cognitive potential.