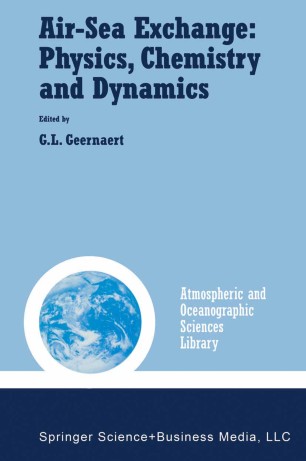 During the 1980's a wealth of information was reported from field and laboratory experiments in order to validate andlor modify various aspects of the surface layer Monin-Obukhov (M-O) similarity theory for use over the sea, and to introduce and test new concepts related to high resolution flux magnitudes and variabilities. For example, data from various field experiments conducted on the North Sea, Lake Ontario, and the Atlantic experiments, among others, yielded information on the dependence of the flux coefficients on wave state. In all field projects, the usual criteria for satisfying M-O similarity were applied. The assumptions of stationarity and homogeneity was assumed to be relevant over both small and large scales. In addition, the properties of the outer layer were assumed to be "correlated" with properties of the surface layer. These assumptions generally required that data were averaged for spatial footprints representing scales greater than 25 km (or typically 30 minutes or longer for typical windspeeds). While more and more data became available over the years, and the technology applied was more reliable, robust, and durable, the flux coefficients and other turbulent parameters still exhibited significant unexplained scatter. Since the scatter did not show sufficient reduction over the years to meet customer needs, in spite of improved technology and heavy financial investments, one could only conclude that perhaps the use of similarity theory contained too many simplifications when applied to environments which were more complicated than previously thought.