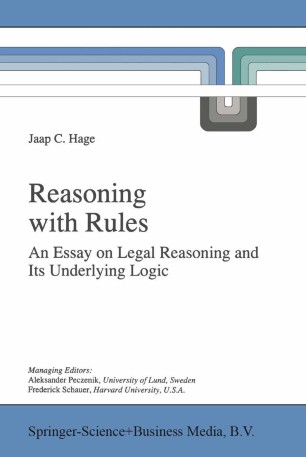 An Essay on Legal Reasoning and Its Underlying Logic

Rule-applying legal arguments are traditionally treated as a kind of syllogism. Such a treatment overlooks the fact that legal principles and rules are not statements which describe the world, but rather means by which humans impose structure on the world. Legal rules create legal consequences, they do not describe them. This has consequences for the logic of rule- and principle-applying arguments, the most important of which may be that such arguments are defeasible. This book offers an extensive analysis of the role of rules and principles in legal reasoning, which focuses on the close relationship between rules, principles, and reasons. Moreover, it describes a logical theory which assigns a central place to the notion of reasons for and against a conclusion, and which is especially suited to deal with rules and principles.