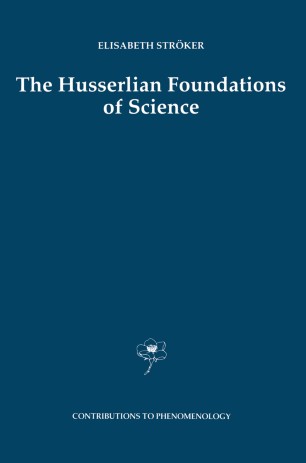 The Husserlian Foundations of Science

Part of the Contributions to Phenomenology book series (CTPH, volume 30)

This book starts with a representation of Husserl's idea of phenomenology as a foundational theory of science. The following essays elucidate the main features of the phenomenological method as worked out by Husserl in the course of the development of his philosophy - starting from merely 'descriptive' and going on to 'transcendental' and 'constitutive' phenomenology - in order to get access to the foundations of knowledge in general and of scientific knowledge in particular. Further essays deal with the Husserlian foundations of natural science, and the relations between phenomenology and psychology, as well as those between phenomenology and history.
This second revised and enlarged edition - the first appeared in 1987 and was edited by Lee Hardy - contains two further essays: one deals with Husserl's never abandoned idea of phenomenology as a rigorous science and his further claim to restore phenomenological philosophy as 'First Philosophy', and the other one on the problem of crisis of the Western culture Husserl was concerned with during several periods of his life, demonstrates the actuality of his phenomenology even for philosophy of science in our times.