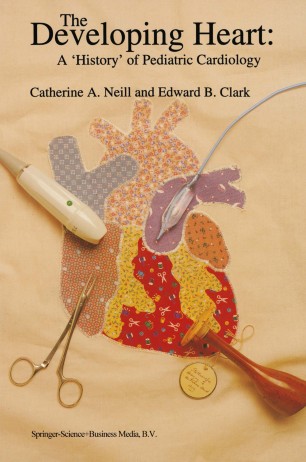 The Developing Heart: A ‘History’ of Pediatric Cardiology

Pediatric cardiology is celebrating in the 1990s the 50th anniversary of the beginnings of the age of therapy.
This informal `history' describes how the discipline grew from the era of pathologic anatomy to the dawn of therapy, the beginnings of closed heart surgery between 1939 and 1945. That dawn ushered in a remarkable half century of change and growth, leading from clinicophysiologic correlations through the start of open heart surgery in the 1950s. The text celebrates some of the achievements of this vivid and heroic age, and describes how, in the mid 1970s, new surgical and medical approaches, including prostaglandins and Doppler echocardiography, led to successful cardiac treatment in infancy, the `infant era'. Interventional cardiology and the study of childhood arrhythmias began. Now, in the 1990s, a new era emphasising molecular biology and cardiac development is growing from the tools and concepts of the past.
The four eras have focused on pathologic anatomy, clinicophysiologic correlations and surgery, heart problems in infancy, and now the developing heart. In each era there have been advances in the four domains of pediatric cardiology, the heart before birth, the normal heart, heart disease and defects, and preventive cardiology. Growth in knowledge has been both episodic and dramatic, yet not a picture of unalloyed achievement. The later chapters discuss some of the problems beginning to be recognised in the new and current `developmental era'.
The pioneers of pediatric cardiology, both men and women, are more than eponyms, for each used in new and original ways the tools and concepts available in their era. The interaction of tools and concepts is a theme in this book. Just as the tool of the stethoscope was vital in delineating the clinical profile of ventricular septal defect and patent ductus, the fluoroscope played a role in developing the concept of the Blalock Taussig shunt. Pioneers also include patients and their families, and the book includes some discussion of what little is known of childhood and of the child with heart disease in the four different eras.
This is a brief overview of the growth of knowledge of children's hearts from before William Harvey until our own time, and includes references to histories of cardiac surgery and to collections of classic cardiac papers. By its emphasis on the child as the central historic figure, and on the interaction of tools and concepts in the growth of knowledge, the text provides a celebratory approach to the 50th anniversary of modern pediatric cardiology.