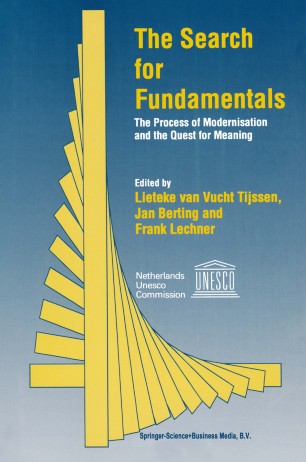 The Search for Fundamentals

The Process of Modernisation and the Quest for Meaning

Modernity dissolves absolute certainties; late modernity dissolves them absolutely. In the modern world system there appears to be no firm, unchallenged ground on which to construct a meaningful canopy. But around the world, many individuals and groups long for a kind of cultural coherence that they believe once existed. They search for fundamentals. While these may be sought in religious traditions, many also aspire to new secular certainties. In their various new forms and contexts the contemporary quests for meaning in turn transform the societies in which they occur. The rich comparative examples in The Search for Fundamentals are used to analyze the sources and consequences of several cultural movements. The book also offers theoretical reflections on the difficulties they experience and on the message they carry for students of modernity.
Audience: A broad readership of scholars and advanced students in the social sciences and humanities.