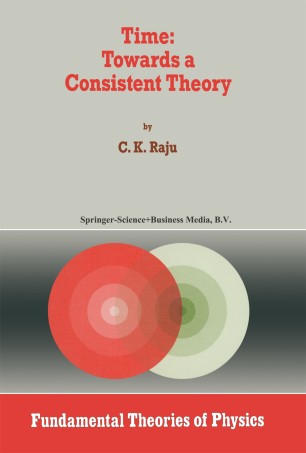 Time: Towards a Consistent Theory

Is time, even locally, like the real line? Multiple structures of time, implicit in physics, create a consistency problem. A tilt in the arrow of time is suggested as the most conservative hypothesis which provides approximate consistency within physics and with topology of mundane time.
Mathematically, the assumed constancy of the velocity of light (needed to measure time) implies functional differential equations of motion, that have both retarded and advanced deviating arguments with the hypothesis of a tilt. The novel features of such equations lead to a nontrivial structure of time and quantum-mechanical behaviour. The entire argument is embedded in a pedagogical exposition which amplifies, corrects, and questions the conventionally accepted approach. The exposition includes historical details and explains, for instance, why the entropy law is inadequate for time asymmetry, and why notions such as time asymmetry (hence causality) may be conceptually inadequate.
The first three parts of the book are especially suited as supplementary reading material for undergraduate and graduate students and teachers of physics. The new ideas are addressed to researchers in physics and philosophy of science concerned with relativity and the interpretation of quantum mechanics.