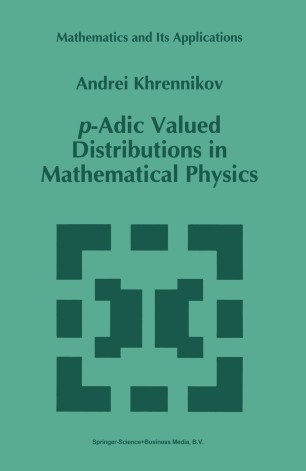 Part of the Mathematics and Its Applications book series (MAIA, volume 309)

Numbers ... , natural, rational, real, complex, p-adic .... What do you know about p-adic numbers? Probably, you have never used any p-adic (nonrational) number before now. I was in the same situation few years ago. p-adic numbers were considered as an exotic part of pure mathematics without any application. I have also used only real and complex numbers in my investigations in functional analysis and its applications to the quantum field theory and I was sure that these number fields can be a basis of every physical model generated by nature. But recently new models of the quantum physics were proposed on the basis of p-adic numbers field Qp. What are p-adic numbers, p-adic analysis, p-adic physics, p-adic probability? p-adic numbers were introduced by K. Hensel (1904) in connection with problems of the pure theory of numbers. The construction of Qp is very similar to the construction of (p is a fixed prime number, p = 2,3,5, ... ,127, ... ). Both these number fields are completions of the field of rational numbers Q. But another valuation 1 . Ip is introduced on Q instead of the usual real valuation 1 . I· We get an infinite sequence of non isomorphic completions of Q : Q2, Q3, ... , Q127, ... , IR = Qoo· These fields are the only possibilities to com plete Q according to the famous theorem of Ostrowsky.