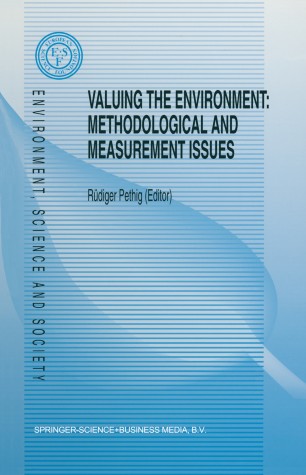 During the last decades, environmental economics as a science has been very successful in improving our understanding of environment-economy interdepen­ dence. Using conventional economic methodology, environmental aspects have been explicitly incorporated into economic models making use of the concept of externality. This concept was already familiar to economists long before evidence of severe environmental deterioration found its way into the headlines and peo­ ple's awareness. But before that time, external effects were not considered as being empirically very relevant, they seemed to be -like the example of the bees and the fruit trees - somewhat bucolic in nature. All that changed dramatically when it was no longer possible (or easy) to ignore the large-scale environmental disruption with its negative feedback on consumers and producers caused by growing pollution and excessive use of environmental resources. In diagnosing the discrepancy between private and social cost as the cause of the problem, the externality paradigm proved very useful. The correct diagnosis implies the straightforward cure to internalise all external cost, namely the damage cost of pollution. But it is one thing to identify the qualitative nature of the problem at an abstract conceptual level and quite another thing to place specific money values on pollution damage and society's valuation of the environment, respectively, in the context of specific pollution (control) problems. Very often it is controversial not only how inefficient the no-policy situation is but also what exactly the net benefit of any public action of reducing pollution is.