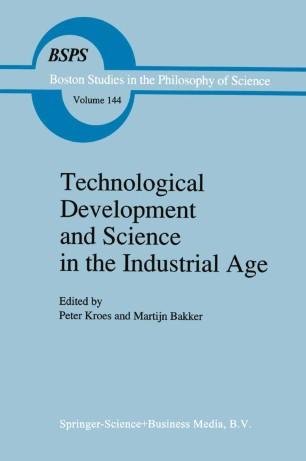 Technological Development and Science in the Industrial Age

New Perspectives on the Science-Technology Relationship

Part of the Boston Studies in the Philosophy of Science book series (BSPS, volume 144)

Historians and philosophers of technology are searching for new approaches to the study of the interaction between science and technology. New conceptual frameworks are necessary since the idea that technology is simply applied science is nothing short of a myth. The papers contained in this volume deal primarily with cognitive and social aspects of the science-technology issue. One of the most salient features of these papers is that they show a major methodological shift in studying the interaction between science and technology. Discussions of the science-technology issue have long been dominated by the demarcartion problem and related semantic issues about the notions `science' and `technology', and the `technology is applied science' thesis. Instead of general `global' interpretation schemes and models of the interaction between science and technology, detailed empirical case studies of cognitive and institutional connections between `science' and `technology' constitute the hard core of this book.
The book will be of interest to philosophers of science, historians and philosophers of technology and science and sociologists of science.