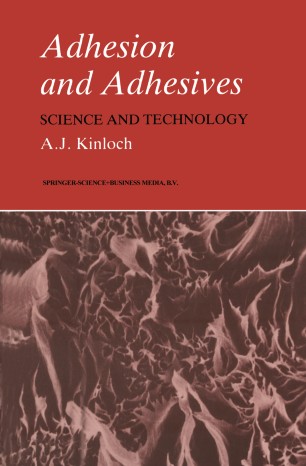 Over the last decade, or so, the growth in the use of adhesives, especially in ever more technically demanding applications, has been rapid and many major developments in the technology of adhesives have been reported. This growth has also led to attention being focused on somewhat more basic studies of the science of adhesion and adhesives, and in recent years our level of fundamental knowledge concerning the formation and mechanical performance of adhesive joints has increased dramatically. Such studies have, of course, been aided greatly by the development of the tools at the disposal of the investigators. For example, specific surface analytical techniques, such as X-ray photoelectron and secondary-ion mass spectroscopy, and the increasingly sophisticated methods of stress analysis and fracture mechanics have been put to good use in furthering our understanding of the science of adhesion and adhesives. The present book attempts to review the multidisciplined subject of adhesion and adhesives, considering both the science and technology involved in the formation and mechanical performance of adhesive joints. The author would like to thank his friends and colleagues for useful discus­ sions and help in the preparation of this book. I am particularly grateful to P. Cawley, J. Comyn, W. A. Lees, A. C. Roulin-Moloney, W. C. Wake, J. G. Williams and R. J. Young who have read and commented on various chapters and P. Farr for preparing the diagrams.