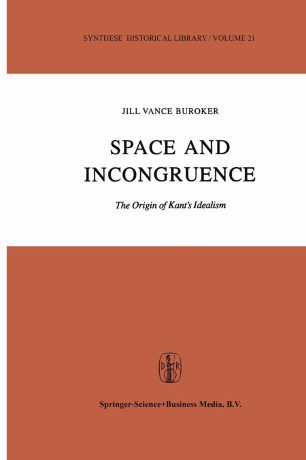 The Origin of Kant’s Idealism

Kantian transcendental idealism is the thesis that fundamental aspects of experience are contributed by the perceiving subject rather than by the things experienced, and are not features of things as they exist independently of sensible perceivers. This is undoubtedly the most striking and at the same time the most puzzling of Kant's Critical views. It is striking because nothing could be less commonsensical than the beliefthat things as we perceive them have nothing in common with things as they are independently ofbeing per­ ceived. From a more technical point of viewthe doctrine is puzzling because Kant apparently does not support it very well. Beginning with Kant's con­ temporaries, critics have pointed out that among all the arguments for the theory in the CritiqueofPureReason, none entails the conclusion that things in themselves cannot be like objects of sense experience in any way. So, for example, although transcendental idealism is compatible with Kant's theory of synthetic a priori knowledge, there is nothing in the analysis of the syn­ thetic a priori ruling out the possibility that features contributed to experi­ ence by the perceiving subject correspond to characteristics of things in them­ selves, although we might never know this to be so. And even though Kant sees transcendental idealism as a solution to the Antinomies, this is at best indirect support for the view;there are undoubtedly other ways to get around these traditional metaphysical puzzles.