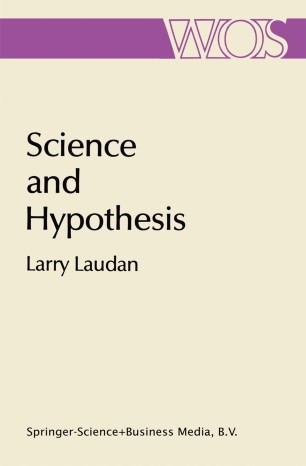 Part of the The University of Western Ontario Series in Philosophy of Science book series (WONS, volume 19)

This book consists of a collection of essays written between 1965 and 1981. Some have been published elsewhere; others appear here for the first time. Although dealing with different figures and different periods, they have a common theme: all are concerned with examining how the method of hy­ pothesis came to be the ruling orthodoxy in the philosophy of science and the quasi-official methodology of the scientific community. It might have been otherwise. Barely three centuries ago, hypothetico­ deduction was in both disfavor and disarray. Numerous rival methods for scientific inquiry - including eliminative and enumerative induction, analogy and derivation from first principles - were widely touted. The method of hypothesis, known since antiquity, found few proponents between 1700 and 1850. During the last century, of course, that ordering has been inverted and - despite an almost universal acknowledgement of its weaknesses - the method of hypothesis (usually under such descriptions as 'hypothetico­ deduction' or 'conjectures and refutations') has become the orthodoxy of the 20th century. Behind the waxing and waning of the method of hypothesis, embedded within the vicissitudes of its fortunes, there is a fascinating story to be told. It is a story that forms an integral part of modern science and its philosophy.