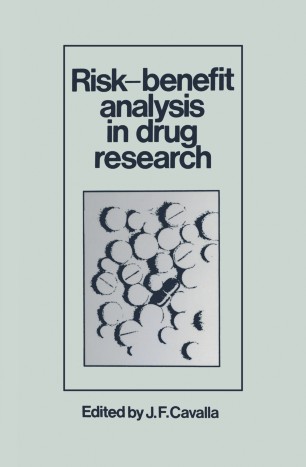 Proceedings of an International Symposium held at the University of Kent at Canterbury, England, 27 March 1980

The appreciation of risk like the awareness of beauty lies very much in the eyes of the beholder. It involves a value judgement and can never be absolute. Yet paradoxically, modern society is demanding ever greater degrees of safety in the medicines it takes, to the extent that nothing short of the total absence of risk will be tolerated. Since 1960, and mainly as a result of the thalidomide tragedy, governmental regulation of testing and use of new medicines has grown apace throughout the world. It has derived impetus not only from the understandable wish of the public to seek protection, but also from the anxiety of bureaucrats and politicians not to be seen to have made mistakes. Both these concerns have been inflamed by the recognition of the media that all drugs make news and horror drugs make the best news of all. Prior to this time the physician and his cures enjoyed a relatively supportive public. It was true that quacks existed and were recognized as such but, in the main, people wanted to take medicines and expected them to do them good.