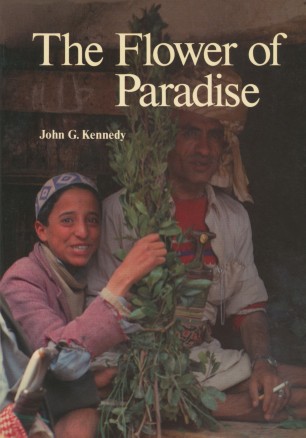 The Flower of Paradise

The Institutionalized Use of the Drug Qat in North Yemen

This book concerns the use of the drug qat in North Yemen (Yemen Arab Republic), a country lying on the southwestern corner of the Arabian Peninsula. However, because this substance is so interwoven into the fabric of society and culture, it is also necessarily about Yemen itself. The history and culture of South Arabia are still relatively unknown to the rest of the world, and the drug qat, so widely used there, is equally unknown. Thus, the material we present here should be of interest to all of those concerned with drug use, those who wish to understand more about Yemen and the Middle East, and to the Yemenis themselves. Another purpose is to develop some general understandings about sub­ stance uses and their effects which are less clouded by the mass hysteria and political considerations which often obscure drug issues in our own society. Examination of drug-use patterns in a country where millions of people are users on a regular basis, and where there has been familiarity with the drug for several hundred years, offers an opportunity to achieve perspectives not possible in countries with different attitudes and without such histories. I am not sanguine about the prospects of our abilities to learn from others or from the past, but I do not think we should abandon hope of doing so.