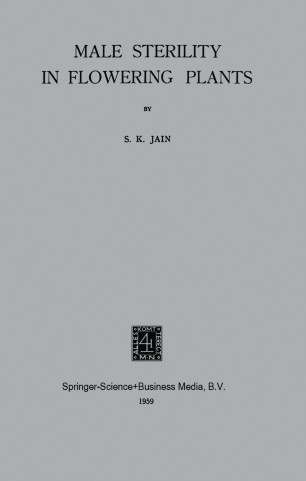 or fruit production as a consequence of the lack of optimum pollination conditions (CLARK and FRYER, 1920; ARMSTRONG and WHITE, 1935; VALLEAU, 1918; KVAALE, 1927; and many others). In order to mini­ mize the influence of poor pollen producers, systematic planning of a field planting or an orchard might be necessary. Above all, the im­ portant reason for its wide popularity is its potential use in the com­ mercial production of hybrid seed. A male-sterile plant is an effective female for a crossing program and its employment renders the labori­ ous procedure of emasculation superfluous. ]ONES and EMSWELLER (1937) and STEPHENS (1937) were probably the first to outline a scheme of its application in onion and sorghum respectively. However certain specific problems have limited the practicability and hence some of them will be mentioned in a later seetion (Section VIII). Lately several attempts have been made to obtain some chemie al method for the artificial induction of male sterility. However, for a successful approach to the induction problem a thorough understan­ ding of various pathways that bring about pollen abortion in naturally occurring cases, would be of great value. It may be hoped that data from these induction experiments alongwith the available biochemi­ cal analyses would lead to the emergence and elucidation of useful information of both theoretical and practical interest.