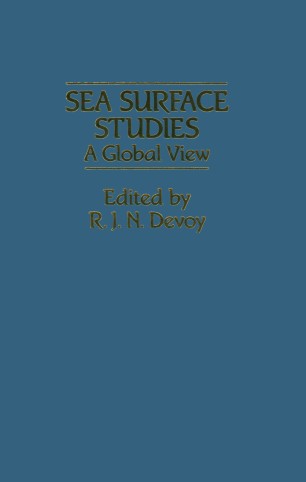 The oceans are vast with t,¥o-thirds of our planet being covered by a thick layer of water, the depth of which can be likened to flying above the earth's surface at an altitude of 30,000 feet (9,800 m). Good to play in, essential for life but deadly to breathe, water is important to all organisms on the planet, and the oceans form its major reservoir containing approximately 97 per cent of all freely available surface water. In spite of this obvious importance mankind has still much to learn about this ocean environment. Study of the oceans has grown enormously since the eighteenth- and nineteenth-century voyages of scientific discovery, expanding greatly in the period post 1945. One of the subjects that has blossomed in this period has been the study of the ocean's surface, and in particular the study of sea­ level and related sea-surface changes. Indeed this topic may even be termed 'popular', as reflected in the growing number of general geo­ morphology, physical geology and oceanography texts which now give space to the subject.