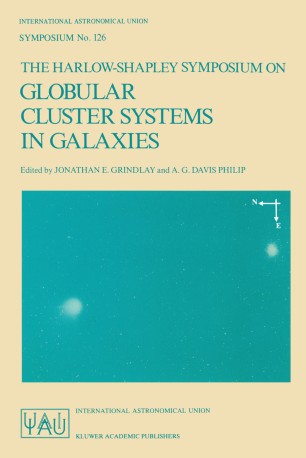 The Harlow-Shapley Symposium on Globular Cluster Systems in Galaxies

Proceedings of the 126th Symposium of the International Astronomical Union, Held in Cambridge, Massachusetts, U.S.A., August 25–29, 1986

In the centennial year, 1985-86, of Harlow Shapley's birth, the study of globular clusters was no less important to the development of astronomy than in 1915, when Shapley first noted their concentration on the sky. By 1917 Shapley had used the properties of the system of globular clusters to complete the Copernican revolution and locate the solar system, and its Earth-bound observers, far from the center of the Galaxy and the globular cluster distribution. Seven decades later, in the year of these proceedings, globular cluster research and the study of the system of globular clusters in our own and distant galaxies is undergoing a renaissance of activity. The introduction of new observational tools, particularly CCD imagers and digital spectrographs, as well as powerful theoretical methods have transformed the study of globular clusters into one of the main line areas of modern astrophysics. Thus it seemed particularly appropriate to one of us, when considering how the Harvard College Observatory might mark the Shapley centennial, to propose and plan for an IAU Symposium on Globular Cluster Systems in Galaxies. Planning for the Shapley Symposium, as it came to be called, was even more drawn out than the preparation of this volume. The Symposium was originally proposed to the IAU Secretariat in time for it to be held in August, 1985, so that it might occur in the centennial (calendar) year.