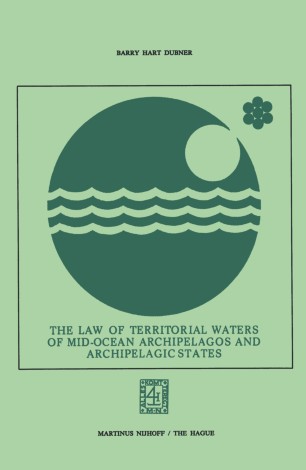 It is a truism that the increasingly rapid movement in technology is forcing change and shift in the norms of international law. The 149 states of the Law of the Sea Conferences of the United Nations have been attempting to establish and develop adequate legal norms that will take into account the need for the orderly growth and use of the changing technological capabilities and the resulting economic development that cannot and should not be hindered by in­ adequate law. When such norms are identified and agreed by a substantial majority of states, they are usually set out and placed into multilateral treaties. The rules governing the resource and non-resource allocation of the oceans and the uses ofthe oceans have posed major difficulties for the development of international law for many years. The Geneva Conference of 1958 building upon the groundwork of the International Law Commission of the United Nations shaped a rough structure for a 20th Century Law of the Seas and for­ mulated the effort in four major international conventions. But a majority of the states failed to ratify or accede to the conventions. Even had they become effec­ tive as the expression of the Law of the Seas in the second half of the 20th Cen­ tury, there was one glaring area of omission: a conventional law for the waters of mid-ocean archipelagos and archipelagic states.