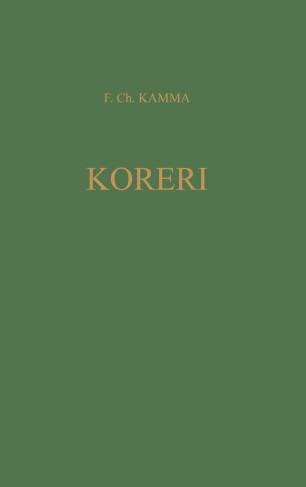 This study developed out of the personal experience of daily life that I and my family had in the years 1932-1942 among the Biak­ speaking people of the Radja Ampat area (Sorong), West New Guinea. Our family had become integrated into the community as far as possible, and we used the Biak language every day. Three of the movements described in this book took place in that area, so that I was able to study them under the favorable conditions of direct participation and observation. The first edition of the book in 1954 (in Dutch) was the writer's doctoral thesis (Ph. D.), written under the guidance of the late Professor J. P. B. de Josselin de Jong. I am very grateful to the Royal Institute of Linguistics and Anthro­ pology, Leiden, for publishing the revised English edition in its Translation Series. The Biak material deserves more readers than the Dutch edition was able to reach.