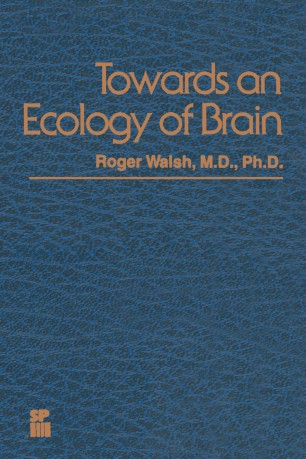 Towards an Ecology of Brain

Let us then consider, for a moment, the world as described by the physicist. It consists of a number of fundamental particles which ... appear bound by certain natural laws which indicate the form of their relationship_ Now the physicist himself who describes all this, is in his own account, himself constructed of it. He is, in short, made of a conglomeration of the very particulars he describes, no more, no less, bound together by and obeying such general laws as he himself has managed to find and to record. Thus we cannot escape the fact that the world we know is constructed in order (and thus in such a way as to be able) to see itself. This is indeed amazing. Not so much in view of what it sees, although this may appear fantastic enough, but in respect of the fact that it can see at all. But in order to do so, evidently it must first cut itself up into at least one state which sees and at least one other state which is seen. In this severed and mutilated condition, what­ ever sees is only partially itself. We may take it that the world undoubtedly is itself (i.e., is indistinct from itself), but, in any attempt to see itself as an object, it must, equally undoubtedly, act so as to make itself distinct from, and therefore false to, itself. In this condition it will always partially elude itself.