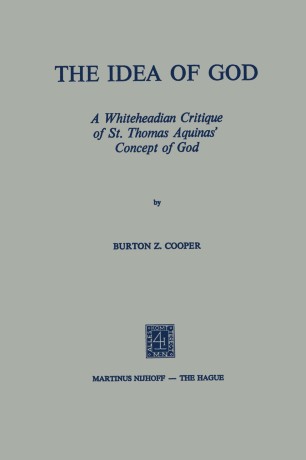 The Idea of God

A Whiteheadian Critique of St. Thomas Aquinas’ Concept of God

Thinking about God is historical thinking and that in two senses : the idea of God has a history, and those who think about God think through an historically formed mind. The task of the theologian, is not the attempt to move outside his historicity - such an attempt constitutes a fallacy and not a virtue - but to accept its implications and limitations. Methodologically this means that the theologian must point to the historical perspectives that underlie the idea of God in its development and, in his own constructive thought, must work self-consciously with an historical perspective informed by the psychological and cosmological understanding of his own time. This book centers on that idea which traditionally has been associated with the very godness of God - the idea of divine abso­ luteness - and puts certain historical, logical, religious and, finally, cosmological questions to it. The roots of that idea lie in Greek thought, which entered Christian theology via the early church is much indication, particularly in Patristic fathers; even so, there trinitarian thought, that the Biblical heritage is pushing theological thlnking towards a social or relative concept of divine being (ch. 1).