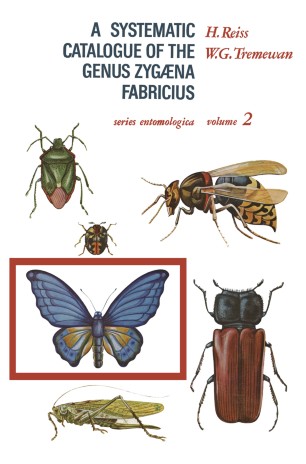 A Systematic Catalogue of the Genus Zygaena Fabricius (Lepidoptera: Zygaenidae)

It is forty years since Burgeff published, in 1926, the first comprehensive catalogue of the genus Zygaena Fabricius, forming part 33 of the Lepidopterorum Catalogus. Following the pattern and general layout of Burgeff's work, we have attempted to produce a catalogue in which all names in the genus Zygaena are included, with references to the literature where these names were originally published. Additional references are included when these refer to illustrations of a species, subspecies or form, or to a taxonomic change, e.g., a change in status. References to misidentifications are generally omitted unless a new species has been described at a later date. In compiling this work we have adhered to the International Code of Zoological Nomenclature as adopted by the XV International Congress of Zoology. However, although the International Commission on Zoological Nomenclature recognises the necessity of names of lower rank than subspecies, they do not at present deal with such names. The provisions of the Code do not apply to them and, therefore, such names have no nomenclatural status. Every subspecies is given equal status in the catalogue although their relative value is not always the same. Certain authors have very often separated sub­ species on minute differences and a subsequent examination of further material, taken over a number of years, has shown that the differences are not always constant. In many cases, however, we have been unable to verify the status of each subspecies.