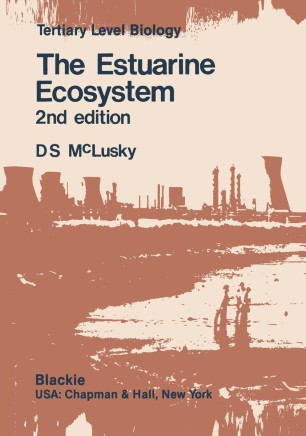 For the inhabitants of many of the world's major cities and towns, estuaries provide their nearest glimpse of a natural habitat; a habitat which, despite the attempts of man to pollute it or reclaim it, has remained a fascinating insight into a natural world where energy is transformed from sunlight into plant material, and then through the steps of a food chain is converted into a rich food supply for birds and fish. The biologist has become interested in estuaries as areas in which to study the responses of animals and plants to severe environmental gradients. Gradients of salinity for example, and the problems of living in turbid water or a muddy substrate, prevent most animal species from the adjacent sea or rivers from entering estuaries. In spite of these problems, life in estuaries can be very abundant because estuarine mud is a rich food supply which can support a large number of animals with a large total weight and a high annual production. Indeed estuaries have been claimed to be among the most productive natural habitats in the world. When the first edition of this book appeared, biologists were beginning to realise that the estuarine ecosystem was an ideal habitat in which to observe the processes controlling biological productivity.