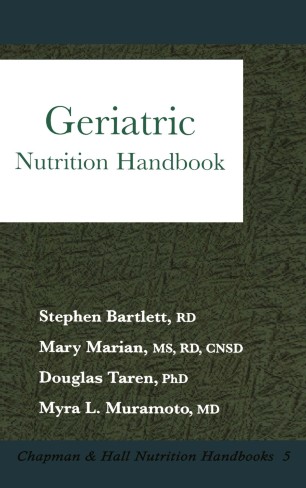 The older population, defined as those 65 years and older, has been steadily increasing as a percentage of the total population since 1900. Currently, it constitutes 13% of the population. The United States Bureau of the Census predicts that the elderly will represent 20% of the U.S. population by 2030. The older population itself is getting older, with greatest percentage increases in the subgroup of elderly over 85 years of age. This segment of the elderly is now 28 times greater in number than in 1900. The aging process is associated with unique medical problems-including declining functional capacities and pbysiological reserves-that have spawned specialization in geriatric medicine. While healthy, free-living elderly appear not much more at nutritional risk than the rest of the population, the elderly who suffer from illness or other stress have a much higher incidence of nutritional prob­ lems than the population as a whole. Elderly are also more heterogeneous than the general population, resulting in a greater variation in nutritional requirements which requires a better understanding of how nutrition and health interact. This brings nutritional assess­ ment and care to the forefront of geriatric medical practice.