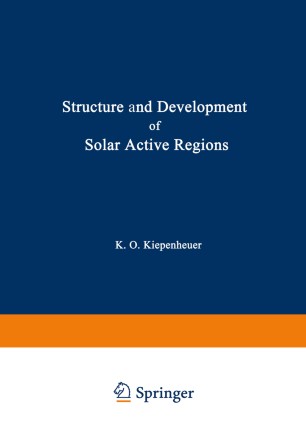 K. O. KIEPENHEUER ( Fraunhofer Institut, Freiburg i. Br., Germany) The present symposium, to my knowledge the largest ever held in the field of solar research (170 astronomers from 21 countries) was held in the building of the Hun­ garian Academy of Sciences in Budapest from September 4 to 8, 1967. It was the 35th symposium organized and sponsored by the International Astronomical Union. The majority of participants were financedfrom national sources. The Organizing Commit­ tee consisted of K. O. Kiepenheuer (Chairman), L. Davis, L. Dezso (Local Organizer), A.D. Fokker, R. Michard, A.B. Severny, H.J. Smith, Z. Svestka, and H. Tanaka. In order to ensure prompt publication, the manuscripts had to be supplied by the authors 1 month after the meeting. The discussions have been recorded on tape. Their reproduction in this book, however, is based almost completely on the contributors' writing down their comments and questions on the spot. Two special projects have been reported and discussed shortly during the sym­ posium: The world wide project 'Cooperative Study of Solar Active Regions' (CSSAR) organized by Dr. R. Michard, under the auspices of the IAU, which has put at the disposal of our solar community a precious observing material on Active Regions over a period of 6 months.